United Nations Human Settlements Programme (UN-Habitat) promotes socially and environmentally sustainable towns and cities. It is the focal point for all urbanization and human settlement matters within the UN system. UN-Habitat envisions well-planned, well-governed, and efficient cities and other human settlements, with adequate housing, infrastructure, and universal access to employment and basic services such as water, energy, and sanitation. UN-Habitat mainstreams human rights into all aspects of its operational and normative work. This includes cooperating with the High Commissioner for Human Rights to promote the implementation of international conventions at national, regional, and municipal levels
UN-Habitat’s concept of sustainable urban development includes the rule of law and the protection of vulnerable groups as central elements.

The Programme’s legislative work focuses on the quality of law, in particular, its effectiveness in delivering policy and its accountability and includes: 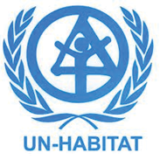 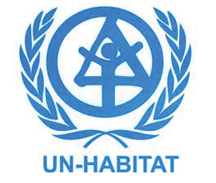 A Better Urban Future
Organisation Information
Connect with us
Contact Us