From our very first grant—to the American Red Cross—through to our present-day initiatives, The Rockefeller Foundation has legacy of trailblazing new fields, convening unlikely partners, and sparking new innovations that lead to transformative change. We count founding the modern field of public health, eradicating and developing vaccines for diseases such as yellow fever and malaria, funding urban visionary Jane Jacobs, and catalyzing a Green Revolution as some of our greatest achievements of the 20th century.

Over the last decade, under the leadership of former President Judith Rodin, we have built on this legacy, advancing our work across health, agriculture, and cities and their interdependencies with ecosystems and livelihoods. An early pioneer in resilience-building, we have invested more than a half-billion dollars in helping communities of all kinds generate dividends from investing in economic, climate, and social resilience.

All told, the Foundation has given more than $17 billion in current dollars to support thousands of organizations and individuals worldwide. 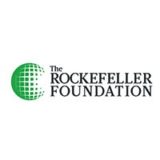 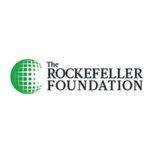 Send to friend Save Share
View more 6 months ago