Partners In Health (PIH) was founded in 1987 to support a one-room health clinic serving a destitute squatter settlement in rural Haiti. PIH’s founders believed the conditions in the settlement — the crushing poverty, absence of modern health care and pervasive poor health — were not inevitable. These were social conditions subject to human intervention and so could be changed — in Haiti or anywhere in the world.

In the more than three decades since, having served millions of patients across four continents, created thousands of jobs and transformed global health, the work of PIH has proved our founders right.

PIH Canada opened our offices in 2011 to strengthen the work and add our voice to the Canadian movement for health as a human right.

Our mission is to provide a preferential option for the poor in health care. By establishing long-term relationships with sister organizations based in settings of poverty, Partners In Health strives to achieve two overarching goals: to bring the benefits of modern medical science to those most in need of them and to serve as an antidote to despair.We draw on the resources of the world’s leading medical and academic institutions and on the lived experience of the world’s poorest and sickest communities. At its root, our mission is both medical and moral. It is based on solidarity, rather than charity alone.When our patients are ill and have no access to care, our team of health professionals, scholars, and activists will do whatever it takes to make them well—just as we would do if a member of our own families or we ourselves were ill. 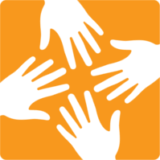