Helping people make healthy choices has been the goal of CCP since its formal opening in 1988. But our history starts a decade before that, when, in 1979, Dr. Phyllis Piotrow brought the project that became the Population Information Program to the Johns Hopkins School of Public Health. In 1982, she added the Population Communication Services project.

In 1988, in recognition of the crucial role of communication in public health, JHU established the Center for Communication Programs, better known around the world as CCP. Since that time, CCP’s powerful programming, teaching and research has touched a billion people. Today, CCP has more than 60 projects that reach people in more than 40 countries and has yearly expenditures of over $100 million. Our major donors include the United States Agency for International Development, the Bill & Melinda Gates Foundation, UNICEF, DFID, and more. CCP is now based within the Department of Health, Behavior and Society at the Johns Hopkins Bloomberg School of Public Health. 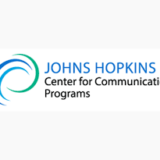 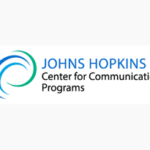