CIMMYT grew out of a pilot program sponsored by the Mexican government and the Rockefeller Foundation in the 1940s and 50s and aimed at raising farm productivity in Mexico.

Under the scientific leadership of Norman E. Borlaug, the program developed higher yielding wheat varieties that were more resistant to diseases and provided stable yields in changing conditions for developing countries.

We are the International Maize and Wheat Improvement Center, known by its Spanish acronym, CIMMYT. We are a non-profit international agricultural research and training organization focusing on two of the world’s most important cereal grains: maize and wheat, and related cropping systems and livelihoods.

Our mission is “Maize and wheat science for improved livelihoods.”

We envision a world with healthier and more prosperous people — free from the threat of global food crises — and with more resilient agri-food systems. 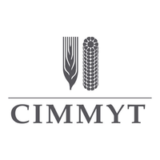