Innovations for Poverty Action (IPA) is a research and policy nonprofit that discovers and promotes effective solutions to global poverty problems. IPA brings together researchers and decision-makers to design, rigorously evaluate, and refine these solutions and their applications, ensuring that the evidence created is used to improve the lives of the world’s poor.

In recent decades, trillions of dollars have been spent on programs designed to reduce global poverty, but clear evidence on which programs succeed is rare, and when evidence does exist, decision-makers often do not know about it. IPA exists to bring together leading researchers and these decision-makers to ensure that the evidence we create leads to tangible impact on the world. Since our founding in 2002, IPA has worked with over 600 leading academics to conduct over 830 evaluations in 51 countries. This research has informed hundreds of successful programs that now impact millions of individuals worldwide.

Our theory of change addresses two problems we see in the world, that there is limited evidence on what works to help the poor, and that the evidence that does exist is often unused by those who create and run programs for the poor. This leads to programs that are either ineffective or not as effective as they could be, and often, to wasted money and enduring poverty. Imagine if the trillions of dollars spent on aid in the past fifty years went to programs that had a tangible, cost-effective impact. IPA exists to make this vision a reality. By designing and evaluating potential solutions to global poverty problems and supporting decision-makers to use this evidence, IPA is helping to create better programs and policies, and ultimately, is building a world with more evidence and less poverty.

Our vision remains the same as always: a world with more evidence and less poverty. And we’re still an organization built on the cornerstone of high-quality rigorous research in deep collaboration with world-class researchers. 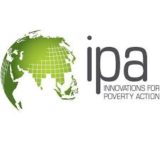 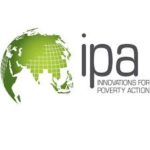 Send to friend Save Share
View more 3 weeks ago